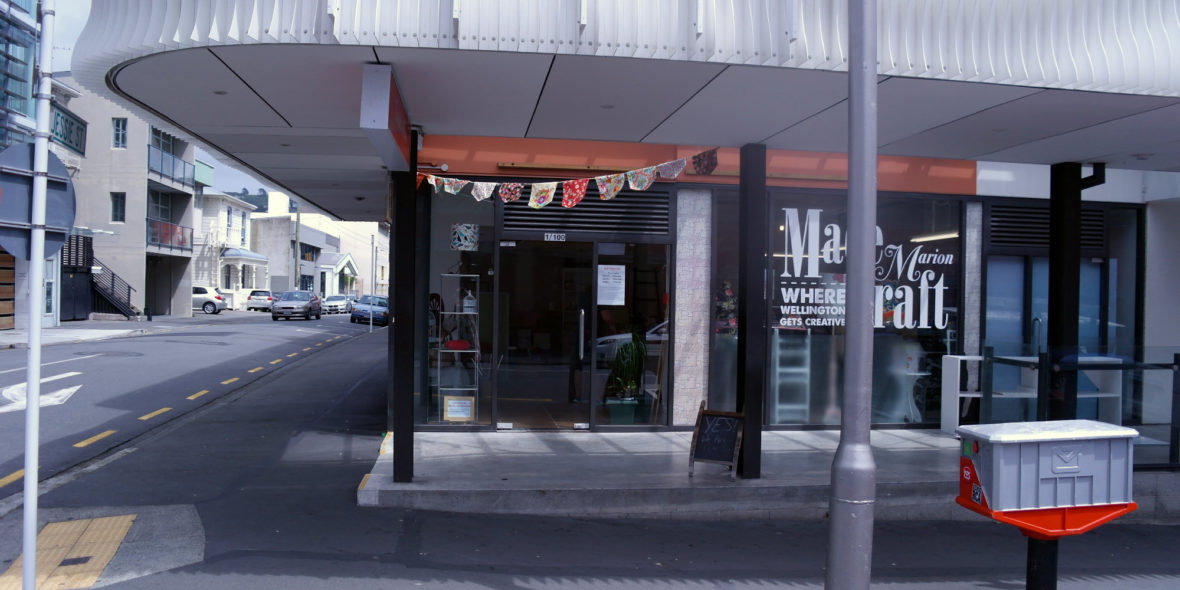 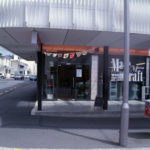 We have moved! Back in April 2016, 17 Marion St was sold to a developer whose plans for it did not include us. So, we had to find an alternative space, and after a long and frustrating search, we hit the jackpot!! We are now open at 1/100 Tory St. This is right opposite Moore Wilson’s, on the corner of Jessie St and Tory. Jessie St is where Prefab Cafe is (Google Maps now has us marked correctly, although the street view is out of date.)

Moving 200sqm of accumulated stock and STUFF was no mean feat! And over the summer break too, when getting movers and skip suppliers and sorting out power and phone and internet was a heck of a ride. And our new shop needed to be gutted and refinished from two smaller spaces, too. By golly those tradies did a fantastic job. In five weeks they turned two cafes into one shop. It was really sad saying goodbye to Marion St, where Golding Handcrafts opened in 1997, the fourth location since 1968 (not of course including the other store in Harbour City) But it was very timely too – the November quake damaged parts of the Marion Square Parking building causing it to close, the Post Office to permanently close and several other businesses to close temporarily, and the pedestrian access from Cuba St to be cordoned off. Overnight it went from a vibrant hub of design activity to a ghost street.

This space has not been empty since 1997!

So, every cloud has a silver lining for someone. And we have a clean, bright shop in a building that is very safe when the ground shakes, and is in an exciting and vibrant pocket of the city. Some shots of our new space, featuring my sister Jo!

We could not have achieved this huge task without the army of volunteers who turned up to pack and then unpack. Thank you so much to you all: To Kim (and her husband’s muffins!), Polly, Zara, Angie, Julia, Debbie, Andrew, Richard, Emily, Richard, Jane, Leslie, Fiona, Chrissy, Jo, Zoe, Ron and Jenny, Kirsten, Leimomi, Karen, Karyn, Glenn, Mel, Lucille, Grace, Felix, Jehanne, Kat; you are all heroes xo